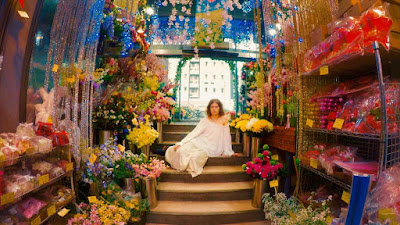 Exhibition opening: Friday 26 April 6.30pm - 8.30pm
Opening hours 27 April - 1 June:
Thursdays to Saturdays 3 pm - 6 pm
(Un)Commoning Voices & (Non)Communal Bodies is a series of workshops, performances, and an exhibition, interrogating the relationship between artistic practices and protest movements via the performative scores of collective bodies and voices.  The interdisciplinary program was inspired by the Greenham Common Women’s Peace Camp which was active from 1981 to 2000. It was established by women to protest nuclear weapons being sited near Reading at RAF Greenham Common.
In an era of democratic decay, we look again towards the ‘commons’ as the ubiquitous space where the multitude of voices and bodies can appear as performative ensembles to protest hegemonic power structures and negotiate the differences between “language – an abstract socializing apparatus –  and our embodied, sensual experiences”. The ‘common(s)’ in art – the general interrelatedness of human realities, the ‘performative (un)common(s)’ – generative destructive dynamics, and the ‘(under)common(s)’ – the less socially visible aspects of organization and interaction all offer different ways of working and being together that constitute the social condition as the conflictual realm of a reimagined ‘us’. We are interested in this ‘us’ as the moment when we turn our bodies towards each other and listen collectively. We believe that by doing this we complicate an easy understanding of power and agency and create spaces for negotiating nuanced differences.
We therefore ask; how do we participate in reiterative collective acts and what political impact (if any) is gained? What do hegemonic scores look and feel like, and what would alternative or activist scores sound like? How can voices and bodies undermine fear and invite empathy? Can the repetition of darkness ever create light?  How do we, as individual subjects, participate in these collective acts, or resist them?
Other participating artists, speakers, and writers:
Susan Gibb, Marco Godoy, Chto Delat/Dmitry Vilensky, Noam Inbar and Nir Shauloff, Jamila Johnson-Small/Last Yearz Interesting Negro and Fernanda Muñoz-Newsome, Mikhail Karikis, Tali Keren, André Lepecki, Florian Malzacher, Public Movement, Michal Oppenheim, Rory Pilgrim, Yvonne Rainer, Edgar Schmitz, Jack Tan, Nina Wakeford, Catherine Wood, Sara Wookey and Katarina Zdjelar.
Curated by Maayan Sheleff and Sarah Spies.