“Maybe this is what growing old was like, she thought. Maybe the world gets smaller and smaller until there's nothing
but the walls around you to show you where you end and the rest of the world begins.”
- Naomi Jackson, The Star Side of Bird Hill (2015)

This July, Brock Keep at Open Hand Open Space in Reading is the venue for a contemporary art exhibition on the theme of ageing and memories. Twenty-two artists from Reading and the south of England were selected from an open call for artwork exploring the experiences of ageing, both personal and universal. Painting, print, sculpture, video and sound installations - artwork inspired by elderly relatives; introspection of artists personal lives; issues surrounding memory loss; views of ageing in contemporary society; these are just some of the topics touched on in this short exhibition.

Artist Salma Ahmad Caller from Reading will be taking over one of the 'cells' in The Keep with a multi-faceted installation she considers“the space of memory is hollow, it is in a space inside the mind, inside the body, inside the imagination, that is filled with recollection fragments. Triggers like notes of music, sound, touch, are mnemonics, codes that release a cascade of recollection. Memory is intangible yet it is so physical, embodied.” Another Reading based artist Cathy MacLennan will be showing work from an ongoing project entitled 'Half Memory' which she says “is greatly influenced by older people, including my grandmother who recently died aged 105. She claimed never to be lonely as she would go over the story of her life repeatedly, sometimes telling herself her own life story, editing it like a film, but always with a difficulty of conjuring up faces and places – different each time – never fully there.” 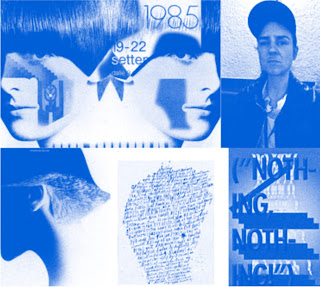 Exhibition launch with music and BBQ

Thursday 14 June 20186 - 9 pmA reproduction of three weeks in May 1970Organised by NOVELMay 2018 – May 2019An introduction to the forthcoming programme of commissioned events alongside a presentation of the NOVEL archive and a video programme of past, present and future collaborators.https://readinginternational.org/programme/novel/Reading International Summer BBQPlease join us to celebrate the mid-point of Reading International’s artistic programme with our partner organisations and contributors. With music provided by Uncle Peanut and food courtesy of Afghan BBQ.At Open Hand Open Space, Brock Keep, 571 Oxford Road, Reading RG30 1HL
Please note, there is no parking available at this event, buses 15, 16 and 17 Brock Gardens stop right outside
Posted by NWOHOS at 05:48

Only The Sunny Hours 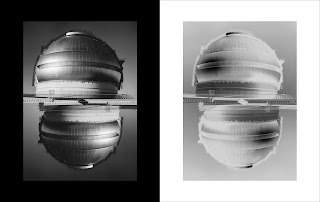 Contemporary photography with a KODAK Brownie 127

Open Day: Saturday 23rd June, 12 noon - 6pm
Performances, short films, talks, discussions and readings by the artists, plus a Brownie 127 studio where you can be photographed, and an indoor Picnic, where you can sit, eat, drink and chat. All welcome.

Kodak Brownie 127 cameras - made between 1952 and 1963 - were used by millions of families to record outings and picnics on sunny days. The Brownie 127 is a simple camera with a fixed shutter speed, focus and depth of field, and no flash or tripod attachment. The film is loaded in a darkened room and wound on by hand.
Posted by NWOHOS at 04:33